The Secret of 137 Houndsditch 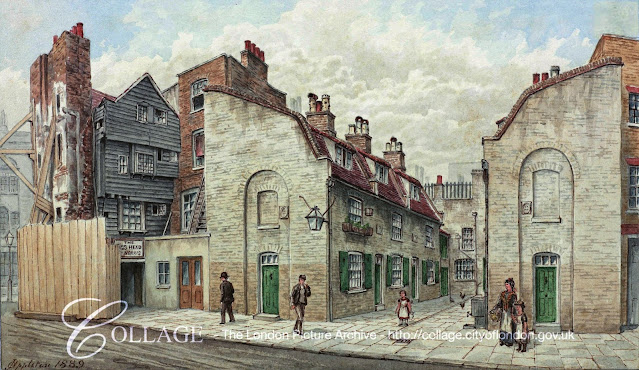 The painting above, dated 1889, shows the ancient Nag's Head pub shortly after some of the adjacent buildings to the South had been demolished to allow for the construction of a new road.

The detailed map below is slightly earlier and shows the layout before the demolition mentioned. The Nags Head is labelled P.H. for Public House and the numbering on the roadway shows that its street address was number 137. It is surrounded by retail shops (S), dwelling houses (D), warehouses, and hat factories. 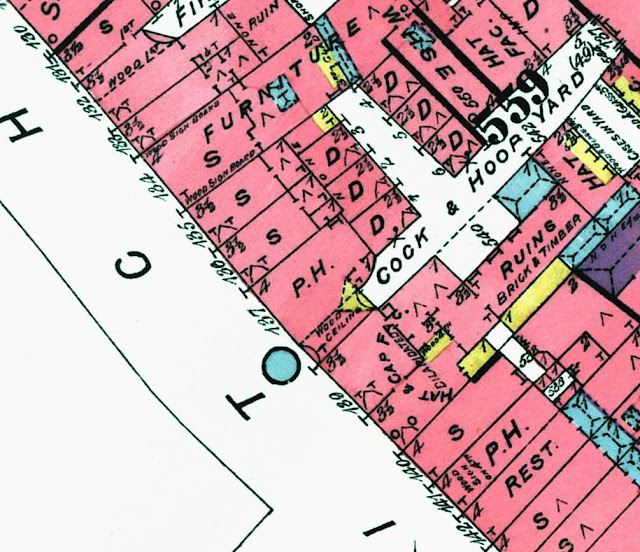 The address of the Nag's Head pub was 137 Houndsditch in the City of London, an address famous (or, let's face it, notorious) as the location of Stephan Goldner's preserved meat manufactory between about 1839 and 1851. The old pub in the painting looks like it has stood on the site for centuries, so where was Goldner's factory really? The answer to this (hopefully) amusing conundrum will be revealed in my next post.
- November 23, 2020