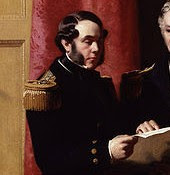 As a member of the first Arctic expedition commanded by Captain Franklin, the overland "Journey to the shores of the Polar Sea", Midshipman George Back made two courageous life-saving journeys, which prevented that expedition from becoming a complete tragedy. It is therefore ironic that it seems that Back may have later played an unwitting hand in adding lead poisoning to the misfortunes of the final, fatal, Franklin Expedition.

In my previous post I suggested that Sir Edward Belcher may have been responsible for installing the sub-standard snow-melters in the Erebus and Terror. I now find I have to eat my words as it appears the arrangement was finalised after the then Commander Belcher hauled down his pennant on the Terror on March 24 1836.

Belcher had modified Erebus and Terror in preparation for a mission to relieve a whaling fleet beset in sea ice off Greenland. In the event James Clark Ross conducted that task in the Cove, a hired whaler, so the Admiralty decided to make use of the Terror on a mission to trace the Northern boundary of the North American continent.

George Back was high in the Admiralty's esteem because of his recent success in his overland expedition to the mouth of the Great Fish River in 1833-35. He was promoted to Captain within a month of his return and was appointed to command the Terror on May 13th 1836.

Some rummaging in the National Archives last weekend produced a couple of letters which throw new light on the story of the ships' galley stoves and their attached snow-melters. The letters are both from Captain Back to Charles Wood, First Secretary to the Admiralty. 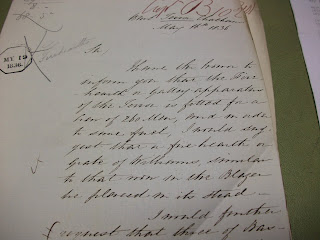 Sir,
I have the honor to inform you that the fire-hearth or galley apparatus of the Terror is fitted for a crew of 260 men, and in order to save fuel, I would suggest that a fire-hearth or grate of Williams, similar to that now in the Blazer be placed in its stead.

A note scribbled on a corner records the decision:

May 16. Store-keeper Genl to furnish one of Frazer's firehearths fit for a crew of 60 men

A second letter highlights a problem with the installation:

Sir,
The first Lieutenant of the Terror having represented to me that there is no scuttle over the condenser for the purpose of throwing in snow to melt, I have to request that you will move the Lords Commissioners of the Admiralty to give the necessary directions.

So what does this mean?

Back's suggestion to save fuel by replacing the over-sized galley stove was a good one. However, working under time pressure to get the Terror ready for the Arctic, the dockyard workers made mistakes. Lieutenant Smythe noticed the lack of a scuttle but other mistakes were overlooked and seem to have had unfortunate consequences.

The workmen who installed the ice tank appear to have thought of it only as a condenser for the steam of the cooks coppers and they were unaware of its additional intended duty of melting snow for water.

If, as seems likely, the pipe (shown on the Terror's plans) connecting the coppers and the ice tank was made of lead, it would have been made in Chatham's Lead and Paint Mills which since 1818 had produced all the Navy's lead products. 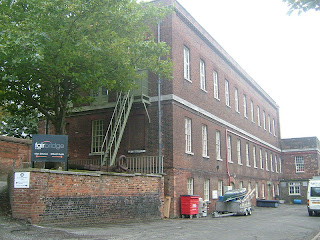 Brass or Copper would also be a possibility although in the absence of seamless tubing, which would not be patented until June 1838, crafting such a curved pipe in the time available would be a fine test of the coppersmith's art. The end result would necessarily include many soldered joints.

It would therefore seem to be a reasonable explanation for the observed evidence of lead poisoning on the Franklin expedition that the lead came from the steam pipe fitted between 16th and 20th of May 1836 on the Terror, and from its duplicate on the Erebus. The lead being transferred to the ships' potable water by cycles of cooking and snow melting in the ships' coppers. There are of course many possible explanations (tinned food not being among them), but this has the advantage of having as it's cause something we can point to on the ships' plans instead of being dependant on suppositions unsupported by evidence.

So it seems likely that George Back played an unwitting role in the addition of lead poisoning to the list of hardships endured by Franklin's men. It is a final twist of irony that, after the ships were abandoned, the retreating party sought safety by heading for the river which was the source of Back's fame and which bore his name.
- June 13, 2011 3 comments: