I was amazed to discover recently that it is now ten years ago, in November 2012, that I had the privilege to travel to Nelson Mandela Rd, Kidbrooke, London to view the Goldner cans in the National Maritime Museum's reserve collection. That visit, and a follow up, in September 2013, ultimately led to the fully functional replica cans which I used in my Victorian Victualling simulation in 2019.

Sometimes when researching history you come across surprises. In this case the rare example of a business rooted in the distant past which, astoundingly, still exists and even thrives to the present day.

Who would have believed it that a man proudly named on the above label and who filed what is arguably one of the most important patents in the history of food preservation also founded a commercial enterprise which has not merely survived for nearly two hundred years but has grown and developed into a billion dollar business empire.

It is well known that Stephan Goldner's food canning business collapsed as a result of the Naval preserved meats scandal of 1852. However, the business I'm teasing you about is not even food related...

Look closely at the bottom left corner of the can label at the top of this page. It carries the words "Wertheimer & Co., Printers". Surely it would be very unusual for a printer to put his name on something so utterly prosaic as a food label? - I certainly can’t recall any other example. In fact John Wertheimer was one of the most respected printers in London. Much of his output can be found by searching Google Books for "Wertheimer printer" or variations thereof. In 1844 he began printing the fortnightly "Jewish Chronicle and Working Man's Friend" whose print run is unbroken to this day as the world's oldest and most influential Jewish newspaper, the Jewish Chronicle. Wertheimer built an international reputation, printing books in various languages, but probably the most celebrated work he printed was in 1858 - the original edition of a book called "Anatomy, descriptive and surgical" now universally referred to as Gray's Anatomy - a major technical challenge and a work of global significance. 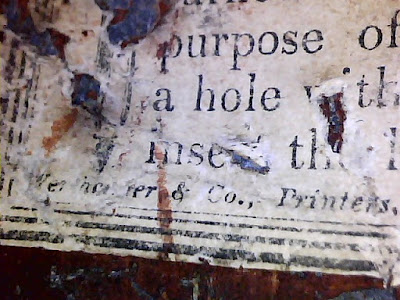 Close up of Goldner can, reference AAA2276 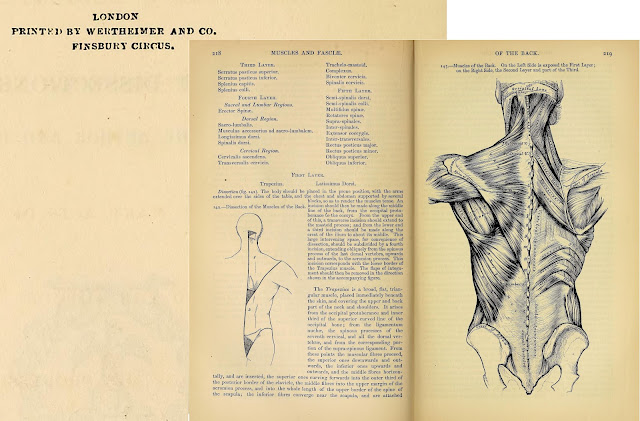 The very next patent in sequence, number 8874, was filed on the same day, with the same title, but in this case the applicant was “John WERTHEIMER, Printer”, the address was also given as "of West Street, Finsbury Circus" and it was noted as "Communicated from a foreigner residing abroad". The foreigner in question can be identified as Louis Amédée Fastier, a Parisian marchand de comestibles.
Wertheimer had filed an earlier patent, also a "communication", No 8378, on 8th Feb 1840. This is the one I regard as the most significant as it introduced the key concept of the can being heated after being sealed – the essential step in the process still in use today. On the 2nd July 1846 the patent was amended to disclaim some of the other parts of the patent which had proved not to be useful.
The 1841 Census data shows printer John Wertheimer and his family residing at No. 5 West Street, Finsbury Circus. Presumably "living over the shop". Lodging with them was a certain Stephen Goldner, aged 30, "Ind" - meaning "of independent means". 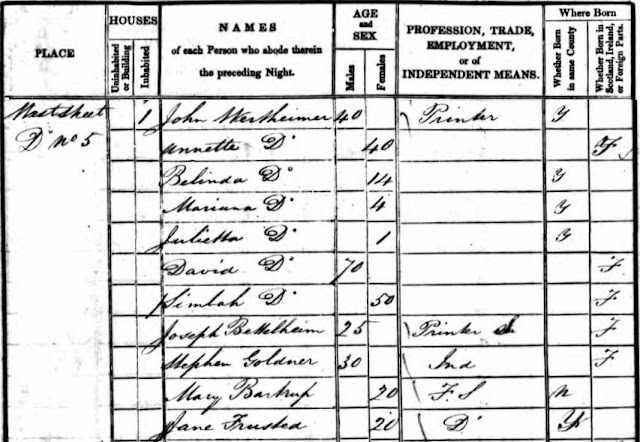 As a foreigner residing in Great Britain, Goldner was constrained in certain aspects of business such as the purchasing or leasing of real estate.To overcome these restrictions he filed an application for Naturalisation dated 24 December 1845. The application consists of a series of sworn petitions attesting to Goldner's character. Wertheimer declares:

... that I have known and been acquainted with Stephan Goldner of Houndsditch in the City of London, Merchant, for a period of seven years and upwards, since May 1839

While Stephen Goldner's food business, and the man himself vanished in the 1850s,  John Wertheimer's printing business flourished. John Edward Lea joined the firm in 1866 and they became Wertheimer Lea & Co. 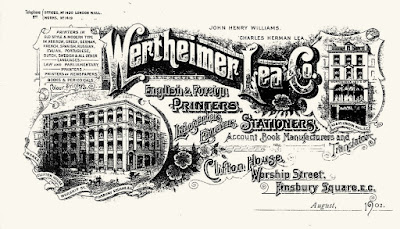 New premises were established at 46 & 47 London Wall and a new print-works, Clifton House, constructed in Shoreditch. the building now serves as offices for the National Health Service.
John Henry Williams bought into the company after John Wertheimer's death in December 1883. The name remaining as Wertheimer, Lea and Company until 1916 when wartime anti-German sentiment necessitated the change to Williams Lea and Company.

Williams Lea grew strongly throughout the twentieth century, the business developing from straightforward printing into the realm of business services outsourcing.The Company remained in family ownership until 2006 when Deutsche Post AG Group bought a 75% stake for 370m euros ($440m, £253m), a proportion of which was used to endow a charitable trust. Later the same year The UK Government's official publisher, The Stationery Office, was acquired.

Design agency Tag Worldwide was acquired in 2011, and the combined business was rebranded as Williams Lea Tag. Revenue was 1.41 billion euros ($1.7 billion) in 2014, hence the reference to "Billion Dollar Corporation" in title of this blog post.

Deutsche Post sold Williams Lea Tag to Private equity group Advent International in December 2017. The business was then described as employing over 10,000 people and operating in more than 40 countries globally.

In conclusion, the existence of a present-day entity with a link to Stephan Goldner is a fascinating curiosity. Of greater interest to the serious historian is the information that archives from the company have been preserved and that I have hopes, in due course, to use them to fill in some more gaps in the story of Stephan Goldner.