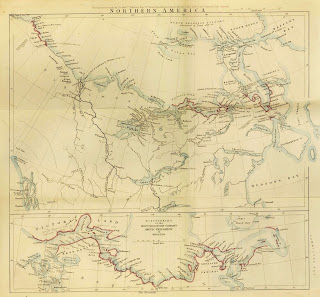 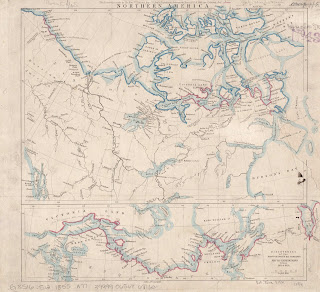 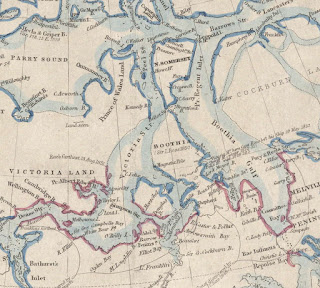 Without this information, and the knowledge, which McClintock learned from the inuit, that the was open water in Rae Strait during the short Arctic summer, Amundsen may reasonably have chosen the obvious path to the West of King William Island resulting in the Gjoa becoming beset in the same place Erebus and Terror.
- August 28, 2015 2 comments:

Franklin would, of course, have been driven to fill in as many of the blank spaces as possible, and to ink in or delete the dotted lines as appropriate. With the good state of preservation to be expected from the cold dark waters of Wilmot & Crampton Bay, it is not beyond the realms of possibility that such a corrected map may one day be revealed.
- August 14, 2015 2 comments: