In his book the Voyage of the Fox, McClintock suggests that Franklin steered to the West of King William Island, resulting in the permanent besetment of his ships, because he was supplied with charts showing 'King William Land' as a peninsula connected to the mainland - thus giving the appearance that there was only one course open to him. I don't really agree with this reasoning: Franklin's mission was to sail West - he will surely only have learned the true nature of the ice conditions in Victoria channel once it was too late.

When Sir John Ross published his Narrative of a second voyage in search of a North-west passage the map at the end of volume one shows what we now know to be the navigable Rae Strait closed with a dotted line to make a Bay, known to history as Poctes Bay. I have long wondered who Mr, or perhaps Señor, Poctes was and why he deserved such an honour. Who were Landon, Rowley, and Sheridan whose names are given to three entirely imaginary capes within the bay. Were they delighted to see their names immortalised in geography only to be crestfallen when the whole coastline proved to be a fantasy?

A close look at the map from Ross' Narrative (above) shows the bay in question actually labelled Poctes's Bay - a somewhat ungrammatical construction which hints at a mistake. 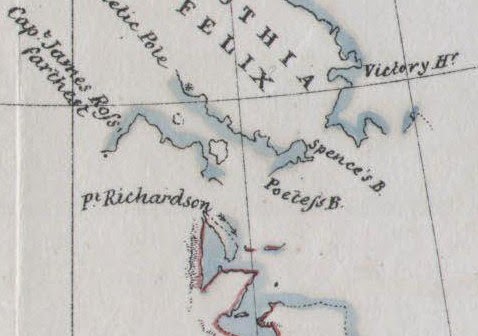 The Royal Geographical Society read it as Poetess Bay (also independently suggested by a commentator on my earlier post). The Society's journal article after the return of George Back's expedition down the Great Fish River tentatively concluded on the balance of presumption that the land which Captain Ross had explored was an island. 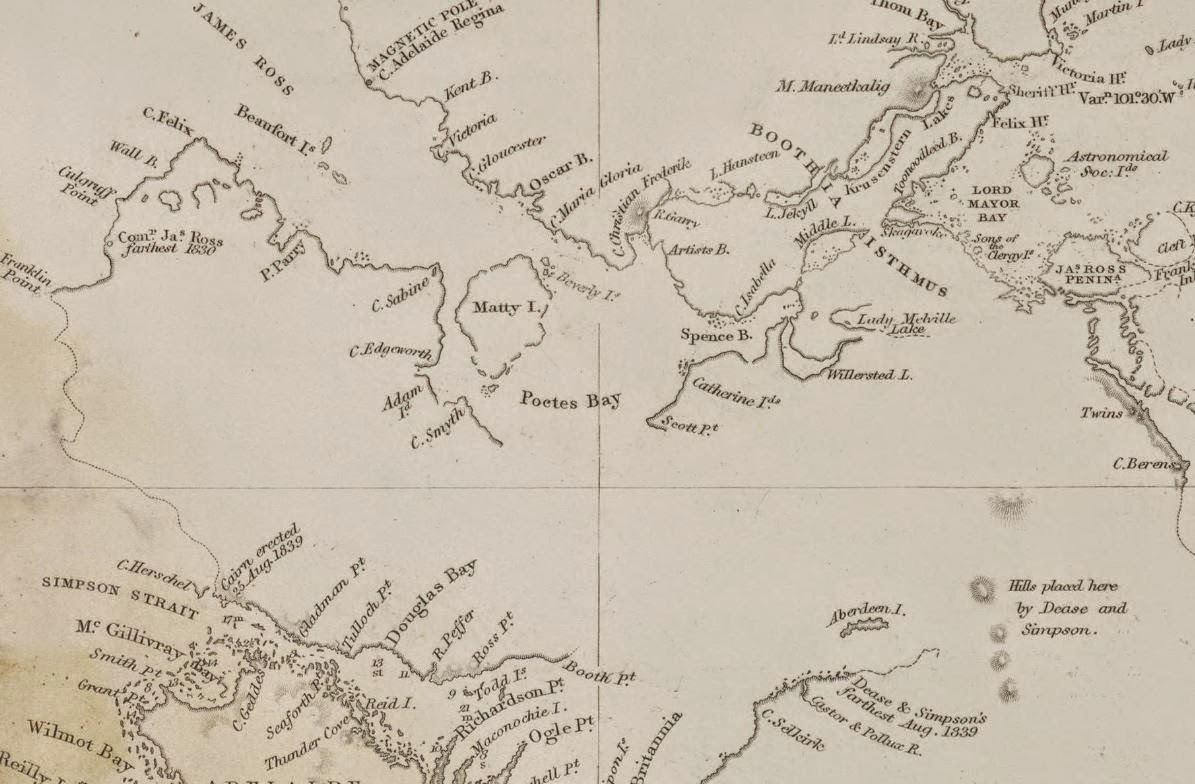 The Hydrographic Office's chart of 1847 has dotted lines connecting King William Island to the Boothia Peninsula by a spindly isthmus but without naming the bay. The 1849 chart (above) includes the title Poctes Bay but dispenses with the dotted lines. The fact that some of the geographical features have different names to those in Sir John Ross' map (top) is a good story in it's own right. 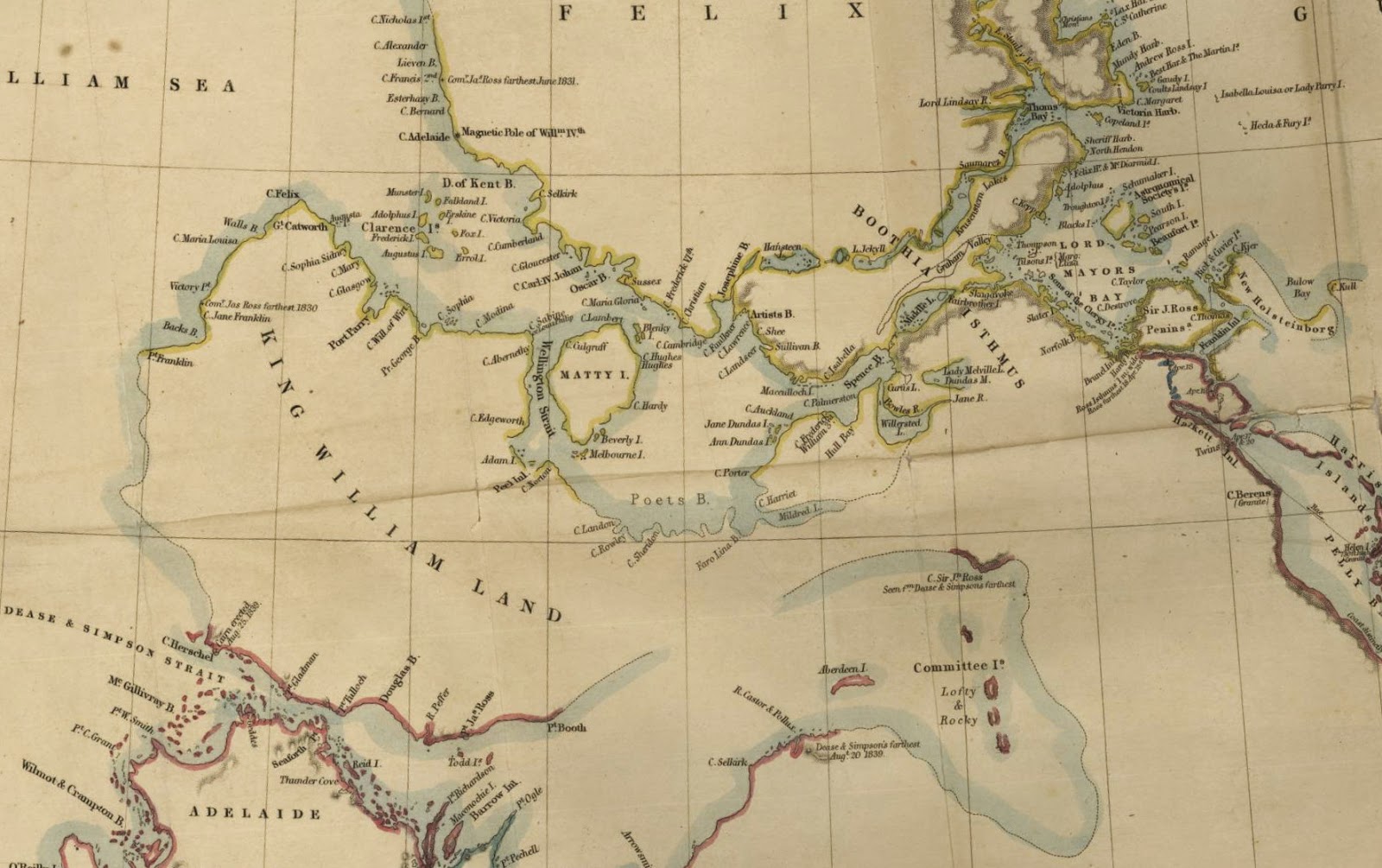 John Arrowsmith's early charts of the region also use Poctes but later editions, including the above, from 1850, use Poets Bay.

So what is the correct name for this imaginary bay - Poctes's, Poetess, Poctes, or Poets? What did Sir John Ross intend?

A hint may be found in the fact that opposite the imaginary bay on Ross' chart can be found Artists Bay. Three capes within that bay are named Lawrence, Shee, and Landseer. Sir Thomas Lawrence (1769-1830) and Sir Martin Archer Shee (1769-1850) were among the most notable portrait painters of the day while young Edwin Landseer (1802 - 1873) would make his own contribution to Arctic history in 1864.

Returning to the capes in 'Poctes Bay', and taking Poets as our clue:

Rowley may be Thomas Rowley, the pseudonym of Thomas Chatterton (1752 – 1770) forger of pseudo-medieval poetry, the authenticity of which was still debated at the time of The Ross' voyage.

How appropriate then, that an imaginary geographical feature should bear the name of an imaginary poet.
- August 01, 2014 7 comments: