For centuries, Ship's biscuit was the bread of seafarers. In the mid 1820s the British Government initiated the construction of the worlds first steam powered biscuit factories at Deptford, Gosport, and Plymouth. The machinery was designed by the notable Thomas Tassell Grant of Portsmouth and constructed by the firm of George and John Rennie. Grant's biscuit making apparatus was described in an article in the Mechanics Magazine in March 1835 and with additional detail in 1844 by Dr Andre Ure. Some of the equipment shown in Ure's drawings can be seen in the above photo. Although the descriptions refer to the hexagonal biscuits supplied to the fleet, archive sources indicate that, for the Franklin expedition, square biscuits were specially ordered. The shape was specified to enable them to be efficiently packed in tin cases. 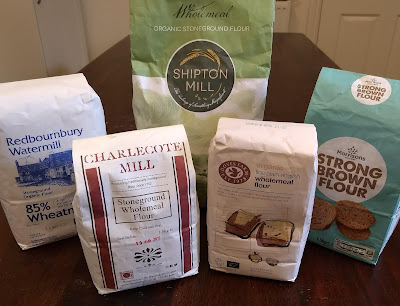 Dr. Ure describes the  meal used to make the biscuits as "a mixture of fine flour and middlings, the bran and pollard being removed". The accounts for the Victualling Department from the 1860s provide more detail, indicating that the mixture used comprised around 87% of the milled grain. As part of my project to replicate the diet of the mid-Victorian Royal Navy, finding a suitable source was a priority.

The first step in my quest for authentic flour was to visit Charlecote watermill in Warwickshire, near Stratford-upon-Avon. Although there are occasional open days, this centuries old watermill is a commercial business milling locally grown grain to produce traditional stoneground flour for artisan bakeries and home bakers. They also have a very good business producing premium chapatti flour for the local South Asian community. My thought was to purchase both the white flour and the middlings mentioned by Ure, and make the mixture up accordingly.

The Miller, Karl Grevatt, was very interested in my project but he explained that he was only set up to produce either white flour or wholemeal, the elusive middlings not being separated from the bran. However he did suggest another source: Redbournbury Watermill in Hertfordshire, about 20 miles north of London.

Redbournbury has a fully restored traditional flour dresser or "wire machine", which is used to extract the different fractions of the meal. On the day of my visit, the mill was working by means of its auxiliary engine. I saw this as an added bonus for the authenticity of my project as the mills in the government victualling yards were engine powered, by Boulton and Watt steam engines. I purchased several bags of their Stoneground Organic 85% Wheatmeal flour, which was almost exactly what I was looking for.

I still felt the need to try to find the 87% wheatmeal of historical record, so I started experimenting with the wholemeal flour I had purchased at Charlecote and a selection of sieves of different mesh. The results were encouraging so I continued with two different flours which I bought from my local wholefood co-operative, five minutes walk from my house. I finally settled on a mixture of Shipton Mill Organic Stoneground wholemeal flour, plus Doves Farm Organic Stoneground Fine Plain English Wholemeal Flour, in the ratio of four to one. This allowed me to sieve the mixture to produce exactly the 87% extract I was looking for. 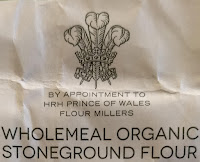 Shipton Mill is another ancient watermill. They proudly state their use of French burr stones (the best) but don't say whether or not they are still driven by water power. They have the additional prestige of a Royal Warrant as suppliers to the household of the Prince of Wales and their product claims a proportion of Maris Widgeon grain which is a rare heritage variety of wheat, now primarily grown for its tall stems which provide the long straw essential for thatching historic buildings.
For comparison, I also tried "Strong Brown Flour" from my local supermarket. The results were pretty good, so I would recommend it for anyone who wants to make their own ship's biscuits but isn't nerdishly obsessive about the minutiae of nineteenth century milling and flour grading techniques.

Making the biscuits themselves is a far more relaxing activity. There are only two ingredients: flour and water. 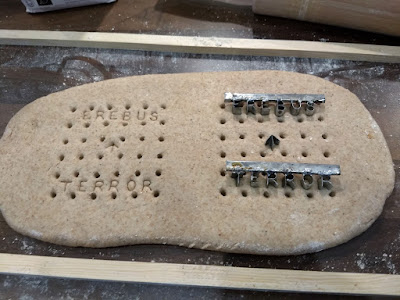 To make the dough, a vintage Kenwood Chef food mixer took the place of the steam-engine powered machines of the Navy's Victualing yards. To roll it out I used a trusty wooden rolling pin with two strips of wood as guides to ensure a consistent thickness. 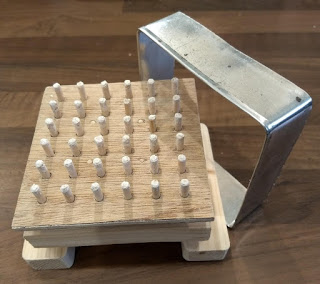 An improvised "Docker" marked the pattern of holes and I made up some lettering and a broad arrow from some strips of tinplate. The ship names are more for fun than historical accuracy. The originals would certainly have worn the broad arrow but probably the only additional lettering would have been a capital 'D' to signify their place of manufacture - Deptford. 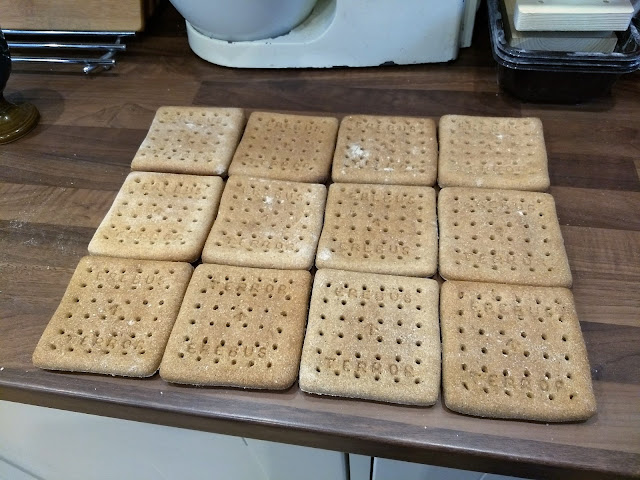 And how do they taste? I hear you ask. Well, they are a bit hard to chew, but worth it if you make the effort. Individually, on the few occasions I have tried them, they were delicious. When it's every day I can believe that the story may be different.
- May 20, 2019 4 comments: